Skip to content
Animal Media Foundation » Animal News » A Gigantic and mysterious chasm was formed in Chile: it is 200 meters deep 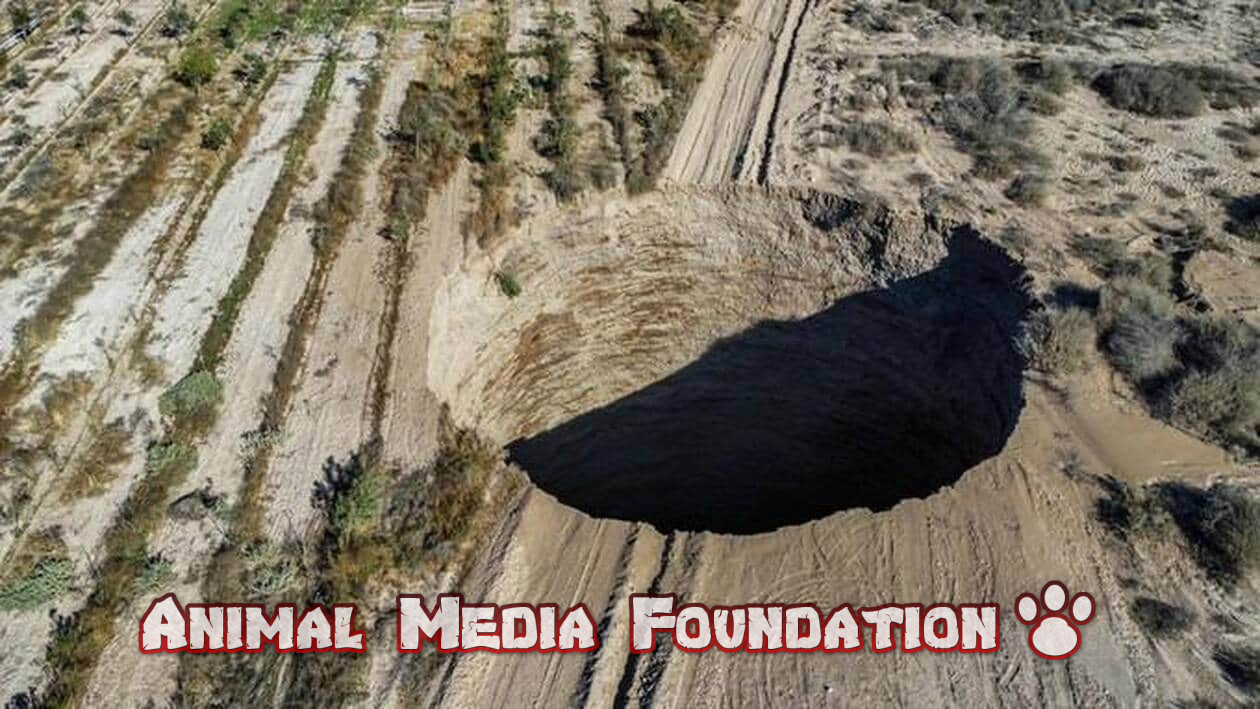 A gigantic and mysterious chasm was formed in Chile: it is 200 meters deep

In the area of ​​a copper mine in Chile, a huge sinkhole has formed, a sinkhole (or sinkhole) 200 meters deep and 25 meters wide. The causes are not yet known.

A huge chasm suddenly opened in Chile, near the town of Tierra Amarilla, in the province of Copiapo. The sinkhole was formed on the site of Alcaparrosa, which is part of the large copper mine “Ojos del Salado”, about 700 kilometers from the capital Santiago de Chile. It is currently managed by the Canadian company Lundin Mining, which in a press release indicated that there has been no impact on “personnel, equipment or infrastructure”.

It is not clear whether the works in the area can be connected in any way to the formation of the almost perfectly circular chasm. At the moment it has a diameter of 25 meters and is 200 meters deep; fortunately, it remained stable ever since it was first spotted on Saturday 30 July.

The employees of the mining company immediately contacted the National Geology and Mining Service of Chile (Sernageomin) which sent a team of specialists to the site. “There is a considerable distance, about 200 meters, from the bottom,” said David Montenegro, the director of the agency. “We didn’t find any material there, but we did see a lot of water.”

The appearance could therefore be similar to that of a spectacular Mexican cenote a chasm that exposes underground water after the collapse of the surface layer, only significantly deeper than normal. The images captured by the drones show a huge black hole, definitely not reassuring considering the long underground tunnel network excavated for the extraction of the precious metal.

Lundin Mining said the Alcaparrosa mine is under constant surveillance, but no suspicious ground movements have been reported since the sinkhole was formed. However, as a precautionary measure, work has been temporarily suspended in an area of ​​the underground mine.

Experts do not expect an impact on the productivity of the site, which alone contributes 5 percent of the annual production of the precious “copper of Candelaria”. An in-depth technical analysis is currently underway to determine both the causes of the doline formation and the safety of the surrounding land. Fortunately, as specified by Lundin Mining, “the nearest house is more than 600 meters away while any populated area or public service is almost a kilometer from the affected area”.

There should therefore be no immediate danger to people and infrastructure, even if the opening of such a large and deep chasm requires an analysis of the entire area. It is not excluded that other sinkholes may form.

Normally these sinkholes (or valleys) are depressions that occur due to karst processes, capable of eroding carbonate rocks until the surface collapses. They can be tens to hundreds of meters wide, as well as very deep. Among the most spectacular are the Xiaozhai Tiankeng – Chongqing sinkhole in China, 662 meters deep; the Dashiwei Tiankeng sinkhole, also in China, 613 meters deep; the Red Lake in Croatia, which has a lake of about 300 meters at the bottom; the dangerous Vouliagmeni sinkhole in Greece, where several people died; the Pozzo del Merro near Rome, 400 meters deep; and the spectacular cenote in Mexico’s Yucatan Peninsula, featuring stunning azure waters.