Skip to content
Animal Media Foundation » Animal News » The huge chasm in Chile is growing, and landslides are heard: the mayor of the city blames the mine 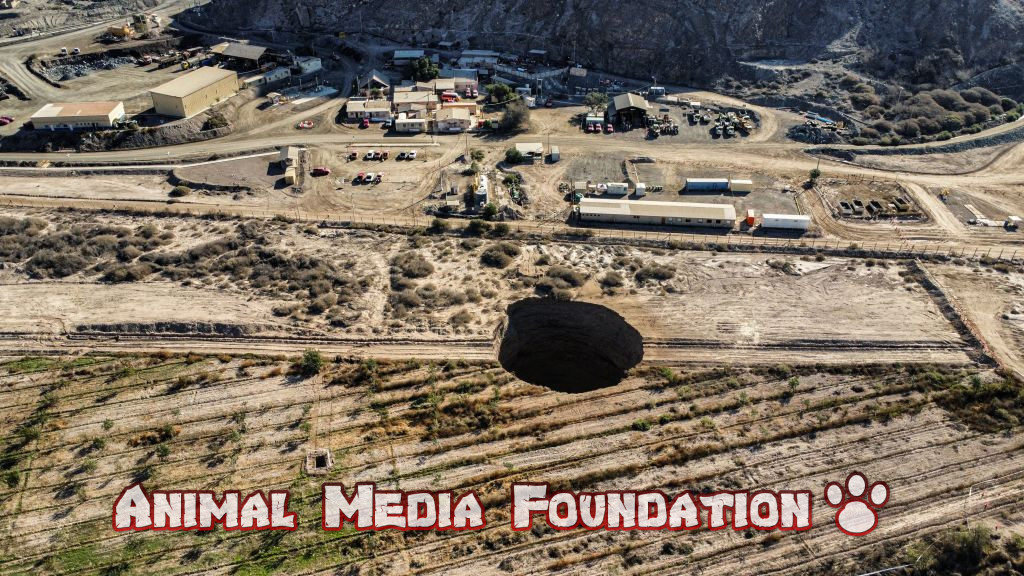 The huge chasm in Chile is growing, and landslides are heard: the mayor of the city blames the mine

A huge sinkhole has opened near a Chilean mine and continues to expand. It increased by another 7 meters. Experts at work to understand the causes.

On the afternoon of Saturday 30 July, a gigantic chasm opened in Chile, near the copper mine from caper rose belonging to the Candelaria company. The site is currently operated by the Canadian company Lundin Mining, which announced the formation of the sinkhole (o valley) with a press release.

Fortunately, no people, equipment, or infrastructure were involved in the accident, however, the huge hole is a few hundred meters from the houses and from a medical center. The authorities and citizens of the municipality of yellow earth where the chasm was formed, are very worried because they fear that further sinkholes may open up and that the soil in the area – under which they are dug large tunnels for the extraction of copper – has become dangerous.

Initially, it was declared that the chasm was “stable”, but the situation is quite different. In fact, during a press conference, the mayor of Tierra Amarilla Cristóbal Zúñiga said that the sinkhole is increasing in size and that they feel dude near the site. The diameter of the chasm, initially calculated at 25 meters, is in fact grown by 7 meters coming to 32 meters. On the other hand, there are conflicting data on the depth.

It was originally believed to be 200 meters deep, but the team of experts sent by the Chilean National Geology and Mining Service (sernageomin) – which operates under the Ministry of Mines – stated that the depth is of 64 meters. The director of the institution, Franklin Céspedes, also pointed out that at the base the sinkhole has a diameter greater than the surface one, equal to 48 meters. At the bottom of the depression, there would be underground water.

Mayor Zúñiga asks the national authorities on behalf of all the citizens of Tierra Amarilla – about 800 kilometers from Santiago de Chile – to shed full light on the causes of the mysterious phenomenon, but above all that it is established with certainty that there are no risks for other areas of the city (in which 13 thousand people live).

However, in a post on Facebook, the mayor does not seem to have doubts about the faults: “This is the responsibility of the mine, the use of groundwater without control, the strong explosions that destroy the soil and our homes have generated this risk and we must be sure. how common is this not to happen again in another place?

God bless us and protect us, we will go on until we have answers, tranquility, and security for our municipality, we will keep you informed ”, Zúñiga commented. In another post, he stressed that the municipality will go all out to protect the community of Tierra Amarilla and that it is time to put an end to “the abuse and contamination” of the mining companies.

Chile is the world’s largest producer of copper and the “Ojos del Salado” mining complex – which also includes the Alcaparrosa site – contributes 5 percent of Candelaria’s production. Under the surface of the Chilean municipality, there are numerous tunnels for the extraction of precious metal and the mayor points the finger at the manufacturing processes. At the moment, however, there is no confirmation that the excavations were the origin of the sinkhole.

The phenomenon can in fact occur naturally due to karst processes, which erode the carbonate rocks until the ground collapses and generates large depressions, some large and hundreds of meters deep. All that remains is to wait for the end of the Sernageomin investigations to know the exact origins of the Chilean sinkhole and to know if there are risks for the local population.