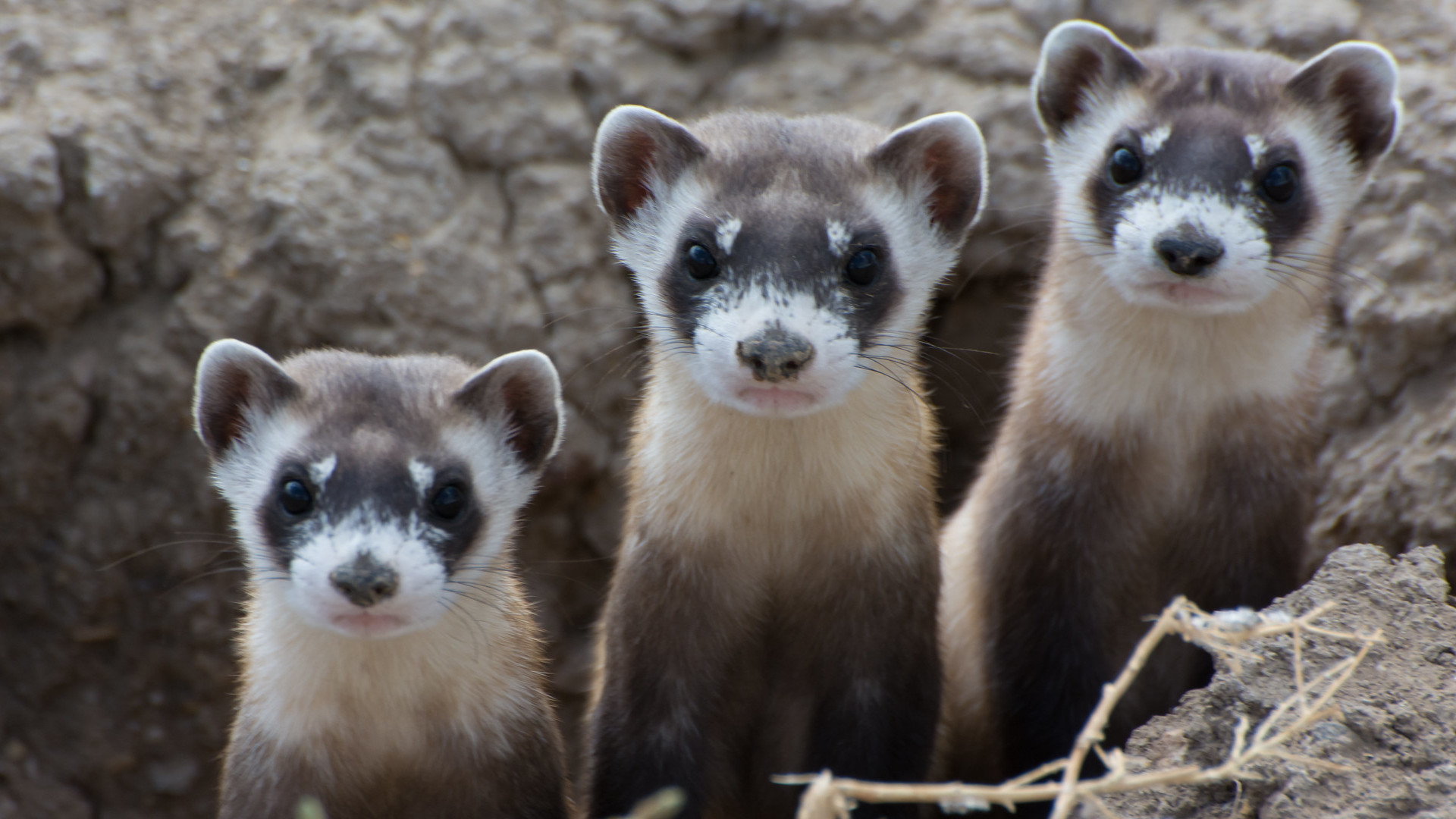 Black-footed ferrets are the only native ferret species in North America. They once ranged across the Western Plains but were thought to be extinct until a small population was discovered in 1981.

Thanks to breeding & reintroduction programs, including the work of the Smithsonian Conservation Biology Institute, black-footed ferrets have had an incredible recovery!

Black-footed ferrets are well adapted for the prairie environment. They are slightly dark in color and have black markings, camouflaging them against their environment. The rest of their body is small and sleek with fur that ranges from light yellow to white on the belly, forehead, muzzle, and throat.

Their front paws are really big and can be used for digging. Getting a read on your environment is crucial when you’re hunting underground. For the Black-Footed Ferret, that’s done with their large ear and eye as well as their sense of smell. They roam the northern hemisphere from Eastern Russia to western Canada, Greenland, and the northern United States. They are about 18-24 inches (46-61 cm) long including their 5-6 inch (13-15 cm) tails and weigh around 1.5 to 2.5 pounds (1 kg). With males being slightly larger than females.

Black-footed ferrets were once spread throughout the prairies of North America and could be found in most areas that had prairie dog colonies, from Canada to Mexico. Recently, however, they have been released back into the wild in various locations around Wyoming, South Dakota, and other states.

Black-footed ferrets are always vocal. They use loud chattering alarm calls & a hiss of annoyance or fear. During mating season, males often “chortle” to females with soft whimpering sounds from the young encouraged to follow.

Ferrets need a lot of food – they have a high metabolism and eat more than their body weight in food each day. Food requirements depend on the season and individual ferrets, but they generally need one prairie dog every four days.

The Smithsonian’s National Zoo’s black-footed ferret has a mix of commercial cassava and grains, as well as mice and rats.

Black-footed ferrets lead solitary lives, with the exception of when they are breeding during mating season or when females are caring for their young. 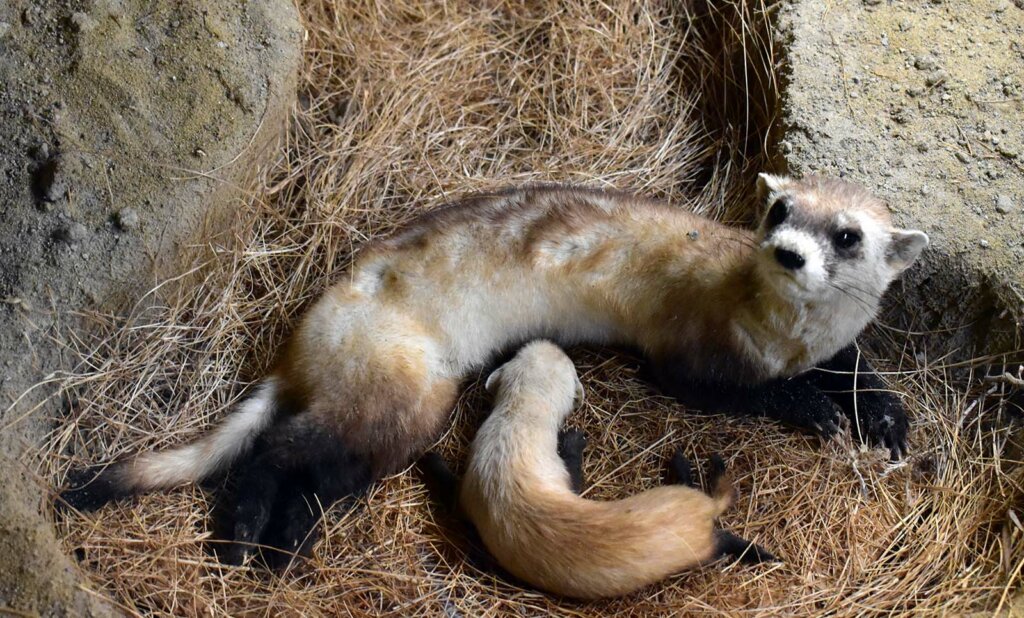 Breeding generally takes place in March and April after a gestation period of 41-43 days. Kits are born on average at 3-4 per litter, but there has been larger litter as well. Female otters are solely focused on caring for the young who are born blind and feeble, weighing only 0.2 to 0.3 ounces at birth with a thin layer of white hair.

Black-footed ferrets are a highly endangered species. They start to get markings when they’re about 3 weeks old and open their eyes at about 35 days. Their development is very rapid and they become more active after their eyes have opened. The average lifespan of a ferret is 5-10 years.

The kits can first start to go above-ground again in July. They don’t nurse anymore but they always get meat meals from mom. Female foxes leave their young for short periods in the day, gathering them at night to hunt. Eventually, the kits will be left alone and independent. Adult ferrets become sexually mature at 1 year of age and their peak reproductive period is at 3-4 years.

Black-footed ferrets are a nocturnal species, so they spend most of their time underground. During the day, they typically come out for just a few minutes each morning to hunt or find new burrows – typically coming only up to ground level.

In burrows, ferrets sleep, catch their food and give birth to their young. Ferrets don’t hibernate in winter but live a slower life for the sake of warmth. Rabbits have been found to live underground in the same burrow system for a week at a time during winter. Males have been found to travel more than females- they do, on average, twice as much traveling as females.

Few black-footed ferrets live beyond 3-4 years of age in the wild. They typically live to be about 12 years old in human care.