Are spiders classified as insects?

Arachnids, which are what spiders are classified as, are a distinct order from insects. In addition, harvestmen, ticks, mites, scorpions, and pseudoscorpions are all classified as members of the Arachnida class. In contrast to insects, they have only two portions to their bodies, eight legs instead of six, six or eight eyes instead of two, and spinnerets on their abdomens that are responsible for the production of silk. 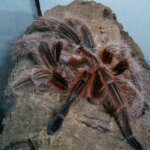 How many spiders live in the dark where no one ever sees them?

A research conducted in Sussex on a grass field that had not been disturbed indicated that there were 5.5 million spiders per hectare.

How many spiders can you expect to find in the typical house?

There don’t appear to be any solid figures on the number of spiders that live in the typical home, but there are plenty of spiders who would love the opportunity to call your place of residence home. These include the daddy-long-legs spider Pholcus phalangioides, which spins scruffy webs in the nooks and crannies of rooms and cupboards, and the mouse spider Scotophaeus blackwalli, a species that is more robust and velvety and that patrols walls at night. Both of these spiders are active at night.

But the term “house spider” is typically reserved for members of the genus Tegenaria. These spiders stay hidden in their tube webs until the fall, when the lanky males begin to seek our homes for the bulkier, more stationary females.

Arachnophobes are likely to be relieved to learn that a fifth species now appears to be establishing itself here from continental Europe. Although it can be difficult to identify the four different species apart, house spiders are a common occurrence in homes across the United Kingdom. 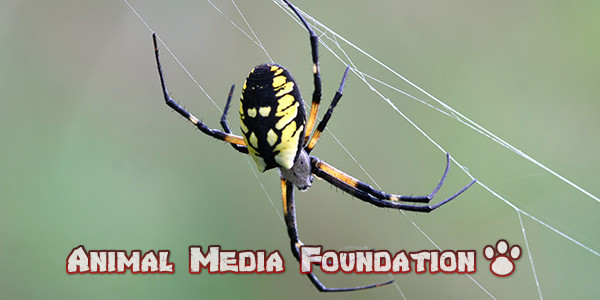 What is the number of eyes that spiders have?

How do spiders manufacture silk?

The silk glands of a spider produce a watery gel consisting of long protein chains, which is then guided down a tube with a gradually decreasing diameter. This results in the production of spider silk. As the tube gets narrower, coatings are put on the mixture (for example, to make it stickier and more resistant to water) before it is allowed to emerge via the tiny spigots (devices that control the flow of liquid) that are located on the spinnerets of the spider.

Because the gel only becomes solid when it is stretched, rather than being squeezed out like toothpaste, a motor-like valve is located in each spigot, which pulls the gel out of the dispenser.

Silk glands work together to form a broad variety of fibers, each of which has its own set of characteristics that makes it useful for a particular use, such as a dragline, snare, web support, or egg case.

Do all types of spiders construct webs?

There are 37 families of spiders in Britain, however only 17 of those families use webs to catch their prey. The orb webs of garden spiders and their relatives are highly regarded, whereas the tangle webs spun by daddy long-legged spiders are not nearly as appealing to humans. These webs come in a wide variety of shapes and sizes.

There are many various kinds of webs, and some of them are constructions that are built to last. For instance, the funnel webs that huge house spiders construct, which may be quite extensive, can endure for years and can host a variety of different inhabitants.

Orb webs, on the other hand, are only created by a small subset of British spider families and are therefore more delicate. Wind and rain cause damage to their structure, and the sticky coating on the spiral thread that ensnares flying insects is rendered ineffective by pollen and dust. Wind and rain also cause harm to their construction. As a consequence of this, the webs need to be rebuilt every night, which is an activity that requires the production of approximately 20 meters of silk. 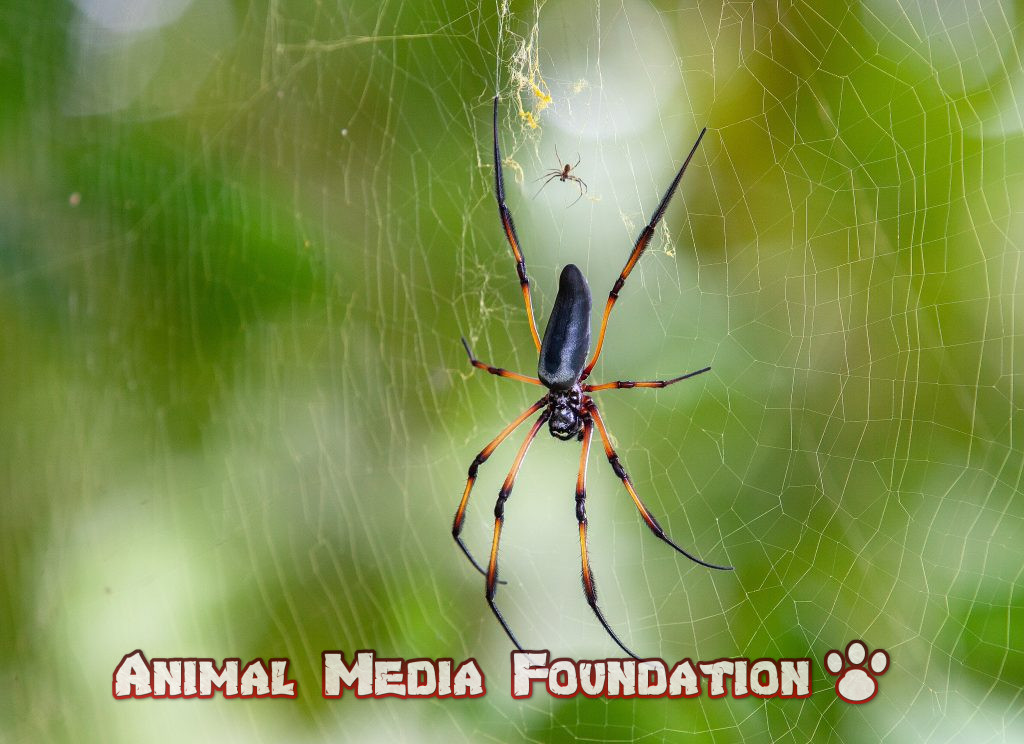 Why do certain spiders consume the webs that they have spun?

It would be a waste of resources to tear down one web every night and construct another one in its place. Some orb web spinners, on the other hand, recycle the amino acids that make up the silk proteins by consuming the silk as they methodically disassemble their broken webs. This is how they recycle the amino acids. One American species recycles old silk by using it to cover its egg sac, in contrast to other species that simply dispose of it.

What other purposes other creating webs do spiders have for their silk?

Silk is utilized in the construction of webs and egg sacs, as well as being wrapped around prey, assisting in the dissemination of young, and serving as safety lines when evading predators. Silk is also used by water spiders to retain an underwater air supply in place.

Spiderlings distribute using silk. They make their way to a high position, elevate their bellies, and then release one or more strands of silk. The spiderlings are hoisted into the air and taken away from the area on days that are warm and with rising air currents.

A cobweb coated with dew during a period of thick fog.

How many different kinds of insects do spiders consume?

Countless insects end up on the dinner plates of spiders. On rare occasions, a single spider is capable of consuming hundreds of very small flies in a single day.

Silk is used to encase edible prey inside of it. When it comes to the species of spiders that spin webs, the remnants are frequently found clinging to the structure.

How exactly do spiders procure their meals?

Crab spiders are predators who sit and wait for their prey. It is common to observe them perched on the blooms of a garden with their lengthy front legs extended out in a crab-like position in order to capture insects that are visiting the plant.

Brown and fluffy, wolf spiders can be observed in great numbers scurrying through foliage on sunny days in search of prey (for example, along the edge of a pond).

On sunny walls, you can see black-and-white striped jumping spiders that are following their meal and pounce when they catch it.

The highly unusual nocturnal woodlouse spider, also known as Dysdera crocota, hunts for woodlice under stones and flowerpots. It has a body and legs that are a reddish-brown color, an abdomen that is light, and formidable fangs.

Take a look at this guide if you want to be able to recognize some of the most common spiders in the United States:

There are nine different household spiders and webs in the UK for you to find.

Is there any type of insect that spiders will not consume?

Spiders avoid unpleasant insects. For instance, burnet and cinnabar moths will remain motionless in the webs of spiders until they are expelled by their host.

Does a spider’s mouth contain teeth in addition to its fangs?

The various components that make up a spider’s mouth are, like those of other arthropods, derived from more fundamental, ancestral limb-like structures.

The chelicerae of spiders only consist of two parts: the base block and the jackknife fangs. In contrast, the legs and pedipalps of spiders, which are similar to the antennae of insects, nevertheless retain a number of jointed segments.

In order to kill their prey, all spiders, with the exception of members of the obscure family Uloboridae, inject venom through the hollow fangs. This venom contains enzymes that begin the process of liquidizing the food.

The pre-digested gloop that is produced as a result is sucked up through the mouth hole, which is located between the chelicerae. Even though there is some grinding going on here, teeth are not truly involved in the process.

In insects, on the other hand, each of the jaws is reduced to a single triangular (or tetrahedral) segment; they hinge at the outer rear corners and meet each other like the blades of scissors. Teeth are often present at the points and inner edges of the jaws, for the purpose of slicing, chopping, or crushing food. How do spiders start their offspring?

Eggs are placed in a silky sac. They either immediately begin the development process or remain dormant during the winter.

Wolf spiders will carry their young for up to a week after they hatch. Others kill prey and leave it for their young, while yet others give their young food that has been liquefied.

Garden spiders produce only one egg sac, which they place in a protected location, and then remain there with it until they expire in the fall. The young spiders appear in the beginning of the following summer. They begin by spinning a web, then gather in a ball on top of it. When they are startled, the children scatter in all different ways.

Do spiders consume their own kind?

There are several spiders that will gladly consume other spiders, and many of these spiders will even cannibalize members of their own species. One of the most extreme cases of cannibalism that can be seen in spiders is found in the mating ritual of the nursery web spider.

When pursuing the affections of a female nursery web spider, a male should always give the potential mate a fly that has been wrapped in silk. In the event that he does not, she will flat-out refuse him, and current study suggests that he won’t have anything to protect himself with in the event that she attempts to consume him.

Rarely would a female nursery web assault a potential mate. But when they do, the male is the one who suffers the consequences. In contrast to other cannibalistic spiders, such as black widows, the females of this species carry out their attacks prior to mating .Even the fact that a female carrying a man’s offspring will be nourished by the male’s own body is of no comfort to the male.

If the female does decide to attack, the male can protect himself from the female’s teeth by using the offering as a shield in case she does so.

According to Sren Toft of Aarhus University in Denmark, “the male keeps it between himself and the female by holding it in his jaws and maintaining it between themselves.” “We’ve seen combative women get their jaws hooked in the gift,” said one of the employees.

After then, the male has the ability to manipulate the circumstances to his benefit. Toft explained that once she strikes the gift, the attack would halt and they will engage in mating. 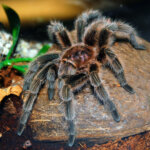