Koalas are an iconic Australian animal, but they’re rapidly losing habitat as a result of human development. They face extinction unless we take action now, so please get involved and help save them from destruction!

Koalas only live in Australia and rely on eucalyptus trees for all their food. But recent research shows that the eucalyptus trees – the koalas’ only food source – are being destroyed at an alarming rate

Dead koala on the side of a highway

Developers have decimated the koalas’ natural habitat by shortsightedly placing profit above all else. Koalas are now forced to climb to the nearest high place, even if there are no trees around. Koalas are cute and friendly animals, but they often end up lost or in potentially dangerous places such as people’s backyards or highways. As a result, people might come across them when driving, which can be dangerous for the koalas themselves.

The development of the Ballina Pacific Highway has caused a massive threat to the future of koalas in New South Wales. Unlike the rest of Queensland, where 80% of koalas are found, no more than 25% are in New South Wales and their habitat is being infringed upon by humans and logging push-ups. Eucalypt us plantations are being planted on the eastern side of the highway which is the area where koalas are most often found.

The NSW Government has been massively active in trying to compensate for this loss. Koala sanctuaries have been established, national parks and state forests have been included in a new koala corridor and Eucalyptus plantations along the Pacific Highway have been removed. In order to preserve the habitat of koalas in New South Wales, more tree plantations are being replanted with more native trees, including a large number of Eucalyptus species.

Recently, however, it has been found that these plantations are not as effective as they were first thought to be: they provide less shade and do not provide sufficient habitat for koalas to thrive. Roads and agriculture are two of the key threats to koalas in New South Wales. This was observed by a recent study that found that infrastructure construction, agricultural intensification, and roads are the three most important factors affecting koala populations. Because these effects can be reversed, it is possible that a huge improvement in koala populations will occur in the coming decades.

Dangerous, ineffective ramps are being placed to supposedly help wildlife escape the perilous road, but they are so poorly designed that countless koalas and other animals may get trapped and die.

The Australian Government is failing miserably at protecting the koala species. In fact, they have allowed their population to be dangerously low and they are only slowly beginning to take action. LCA is working with Australians for Animals to put pressure on Australia’s government to take swift action.

The koalas do not have long. Australia must come up with a conservation plan at once and then implement that plan as soon as possible. We cannot let the koalas go extinct!

The koalas are Australia’s national animal, and they have been around for about 30 million years. They do not have long, but scientists estimate that their population is declining due to habitat loss and changes in climate. In order to prevent this from happening, the Australian government must come up with a conservation plan at once and then implement that plan as soon as possible. We cannot let the koalas

What You Can Do:

2. Contact Australia’s tourism boards to let them know you refuse to visit the country until a koala conservation plan is enacted. Mail, email, or call the following offices: 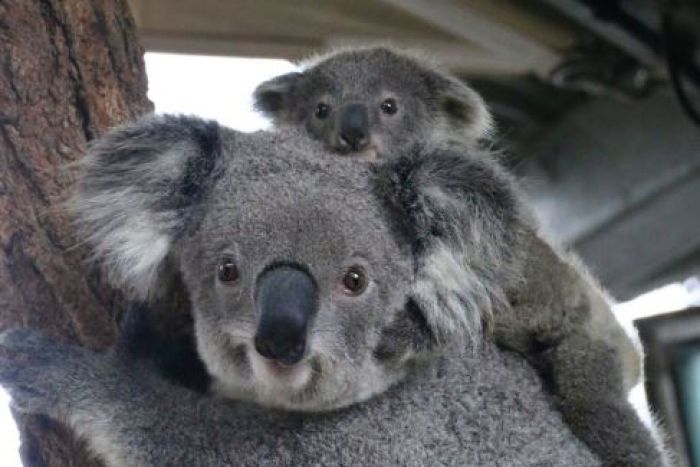 What You Need to Know About The African Clawed Frogs - Animal Media Foundation April 10, 2022 at 4:11 pm

[…] of a large frog can be heard by smaller frogs and vice versa. This helps them to find each other in the wild without being eaten by […]