Skip to content
Animal Media Foundation » Animal News » The Magnificent Jurassic fish fossil discovered in an agricultural field: it seems to jump from the rock 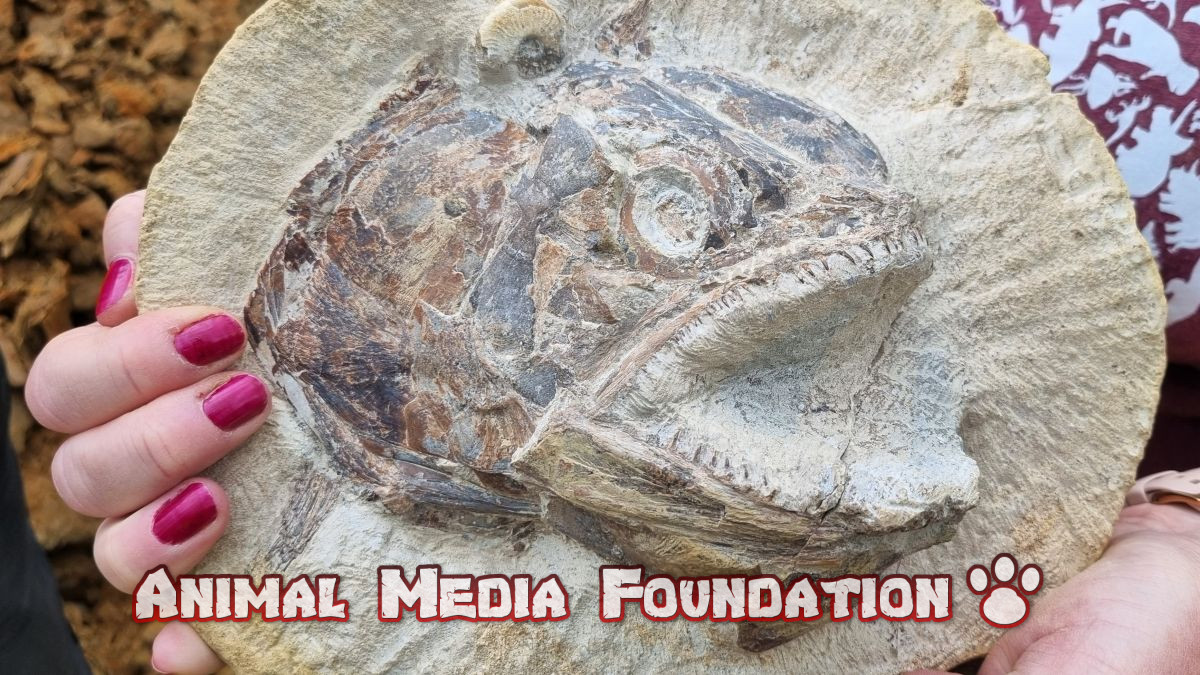 The magnificent Jurassic fish fossil discovered in an agricultural field: seems to jump from the rock

The extraordinary fossil of a fish that lived 180 million years ago was discovered in an English agricultural field. The 3D head and details are magnificent.

I fossils of the prehistoric animals are all incredibly charming, but some can literally take your breath away, like that of a pesce that lived beyond 180 million years ago and was found in the district of Cotswold, in the English county of Gloucestershire. The fossil in question was discovered on the back of a typical British farmhouse, inside an agricultural field from which numerous other and precious ones had already been extracted paleontological findings about 200.

The most extraordinary aspect of the fossil, in addition to the splendid details, lies in the pose of the testa in three dimensions which seems to make the fish emerge from the rock as if it were jumping out. The nature three-dimensional of the find recalls that of a nodosaur fossil discovered by researchers at the Royal Tyrrell Museum (Canada) in 2011, currently considered among the best and best-preserved dinosaur fossils ever found (it is no coincidence that it has been renamed the “Mona Lisa of dinosaurs” ). Again, the armored creature seems to emerge from the prehistoric rock.

The fish was discovered during an excavation in the agricultural field by a couple of scientists, the geologist Neville Hollingworth of the University of Birmingham and his wife Sally, coordinator of paleontological excavations and expert fossil preparer. Fossils of ittiosaurs (large marine reptiles), fish, cephalopods, insects, and other prehistoric creatures dating back to the Lower Jurassic, between 201.3 and 145 million years ago, as specified by LiveScience who interviewed the two experts.

But nothing suggested such a special find. “I’ve never seen anything like it before,” commented Dr. Sally Hollingworth. “You can see the scales, the skin, the spine – even the eyeball is still there,” added the expert. “The eyeball and orbit are well preserved. Usually, fossils, lie flat. But in this case, it has been preserved in more than one dimension and it looks like the fish is jumping out of the rock, ”her husband Neville eagerly echoed. The two said that the closest thing to a fish is a “Big Mouth Billy Bass”, One of those creepy animatronics with squirming talking fish, apparently very popular in the United States.

The fossil Jurassic fish is a pachicormoa species belonging to the extinct genus of bony fish Pachycormus. These animals could reach 1 meter in length and had their body covered with resistant flakes. Their body was hydrodynamic and similar to that of a tuna, with a peculiar rostrum on the head. Pachicorms were quite common in Toarciano (the first part of the Jurassic) in the lands that are today occupied by Europe; their fossils have in fact also been found in France, Germany, Belgium, and Italy.

Where is the agricultural field where the fossil was found, used to breed the famous breed of English cattle longhorn (“Cornalunghe”), in the past, there was a tropical sea shallow and rich in sediment, which helped preserve the remains of deceased animals. The pachicorm must have been quickly covered up after his death, an event that allowed such exceptional conservation. To better appreciate the fossil, the Hollingworth family contacted a company specializing in 3D scans that have developed a refined three-dimensional model, which can be rotated at will. You can see it by clicking on this link.

The pachycorm fossil rivals in spectacularity with that of the Canadian nodosaurus, with the school of fish found in the Green River Formation and with the gigantic ichthyosaur recently discovered in the United Kingdom, in the heart of the Rutland Water Nature Reserve in the East Midlands.