Skip to content
Animal Media Foundation » Animal News » Cats injured in fires risk fatal clots: the discovery will save the lives of many felines 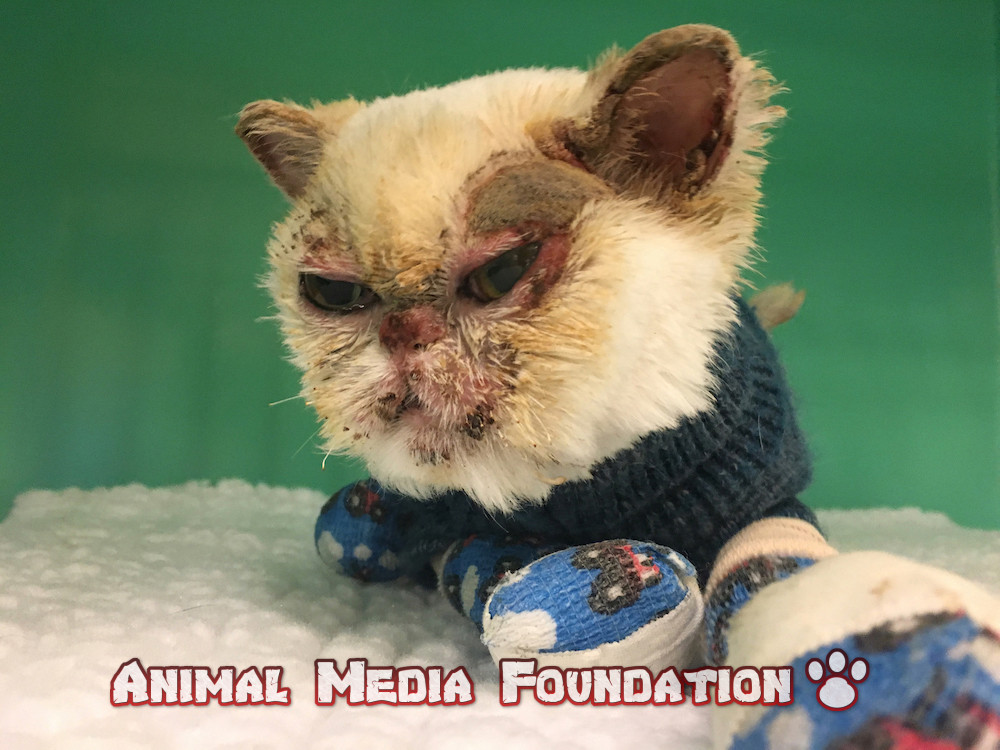 Cats injured in fires risk fatal clots: the discovery will save the lives of many felines.

By examining cats injured in a fire, vets have found that they have a higher risk of deadly blood clots. The study will help save many felines.

I get that remaining wounded during the fire have a higher risk of developing severe blood clots, capable of causing even sudden death. This important discovery will help veterinarians to intervene with therapies ad hoc on feline patients to prevent the onset of deadly thrombi and thus save many more lives. But the benefits won’t be limited to cats alone. The new study’s results could also help human victims of fires; in fact, an association is known between exposure to fires and an increase in hospital admissions for stroke e heart attack.

To determine that cats injured by fires e intoxicated by smoke have a higher risk of deadly clots, an American research team led by scientists from the University of California Davis School of Veterinary Medicine, who collaborated closely with colleagues from the Department of Epidemiology and the Department of Clinical Sciences of the ‘State University of North Carolina.

The scientists, led by Drs Avalene WK Tan and Ronald HL Li, veterinarians at the California University’s William R. Pritchard Veterinary Medical Teaching Hospital, came to their conclusions after conducting a study on 29 cats injured during a severe fire that occurred in Paradise in 2018, in California.

They compared their exams – grade of platelet activation platelet response to physiological agonists, levels of microvesicles derived from platelets (PDMV) and more – with those of 21 healthy cats affected by subclinical hypertrophic cardiomyopathy o HCM (the most common heart disease in cats) and 11 healthy cats.

They also examined “the association between thrombotic events, burn severity, myocardial alterations, and the degree of platelet activation in cats exposed to fires,” the study abstract reads. The inspiration for this research came from a previous study that showed that cats affected by fires had a high risk of heart problems.

Crossing all the data, Professor Tan and his colleagues found that cats injured and poisoned in the fires significantly increased platelets, the cells in the blood that help block bleeding in case of injuries. Platelets, in this case, turned out hyperactive and catalyzed the risk of generating dangerous blood clots.

The researchers compared cats with fire injuries with those with subclinical hypertrophic cardiomyopathy – which leads to thickening of the heart muscle – precisely because the latter are at an increased risk of developing severe blood clots (defined as hypercoagulable).

The researchers also found that cats with fire injuries released a higher concentration of microvesicles, “Microscopic, protein-filled, bubble-like membranous structures that are associated with cardiovascular disease and an elevated risk of clotting,” the study authors explained in a news release.

In summary, cats with thermal injury and smoke poisoning from a fire exhibit increased platelet activation and microvesicle dispersion, increasing the risk of deadly blood clots. A new one was also identified during the analysis of receptors on the platelets of cats – called Toll-Like-Receptor-4 – which could be involved in coagulation, becoming a potential target for future therapies.

A magnificent lead sarcophagus emerges from the Notre Dame de Paris excavations, wounded by the fire.

“Before these two articles, we did not realize that cats affected by urban fires were prone to forming clots, which can lead to sudden death,” said Professor Li, an emergency and critical care veterinarian. “This study will change the standard of care for cats rescued from these fires and hopefully save more lives,” the scientist added.

“We found that cats exposed to smoke and fire wounds are even more prone to clots, showing a direct association between fire injury, platelet response and clot formation,” echoed Professor Tan. The researchers are convinced that the results of this research will not only lead to new life-saving therapies for felines but could also improve knowledge about the consequences of fires in humans.

The research details “Platelet Priming and Activation in Naturally Occurring Thermal Burn Injuries and Wildfire Smoke Exposure Is Associated With Intracardiac Thrombosis and Spontaneous Echocardiographic Contrast in Feline Survivors” have been published in the scientific journal Frontiers – Veterinary Science.