Deer vs Antelope are two umbrella terms that refer to a great number of different animals. Many types of antelope share a resemblance with deer. They are both quadrupedal mammals that can have antlers and horns on their heads. They’re herd animals, and they’re all known for being speedy and skittish. So, what are the differences between a Deer vs Antelope? Take a closer look at these animal families and see what sets them apart from one another. Comparing an Antelope and a Deer

The 7 Key Differences Between a Deer vs Antelope

The range, size, and appearance of their antlers are three of the most notable distinctions that separate a Deer vs Antelope. The largest species of antelope are capable of reaching heights of 9 feet and weighing up to 2,000 pounds. This makes them considerably larger than the largest species of deer. In comparison to antelope, deer are considerably shorter and weigh no more than 900 kilograms at their heaviest.

When compared to those of an antelope, the antlers of a deer are more complex because they branch and have multiple points. Antelope, on the other hand, have horns rather than antlers, but these horns do not branch out as antlers do, so their entire heads typically only have two points on them.

Additionally, the range of deer is significantly larger than that of antelope. There are deer populations on every continent except Antarctica. On the other hand, there is no such thing as a true antelope in the Americas, and you won’t find them in Australia or a significant part of Europe either.

These fundamental characteristics constitute the most significant distinctions between antelope and deer.

Antelope are larger than deer. These creatures can weigh as little as 50 kilograms or as much as 2,000 kilograms, and they can be as short as three feet tall at the shoulder or as tall as nine feet. Because there are so many different species of deer, the sizes of individual deer can range quite a bit. There is a wide range of possible weights for deer, from 22 to 900 pounds. On the other hand, their height at the shoulder is typically between 2 and 4 feet in most cases. In general, the average size of a deer is less than the average size of an antelope.

How these families shed their antlers is one of the most notable differences between them, and we will discuss this difference in a moment.

It’s interesting to note that the antelope’s speed isn’t the only thing that makes it so impressive. They are equipped with incredible stamina, which helps them outrun and outlast predators such as cheetahs and lions. Cheetahs are unquestionably quicker than antelopes; however, if an antelope can get a head start and start running, a cheetah won’t waste its closing speed trying to bring it down.

Both antelopes and deer are equipped with horns and antlers, respectively. Although at first glance these buildings might appear to be the same, there are significant differences between them. The horns of an antelope do not divide into smaller horns or have multiple points on them. Instead, the horns on an antelope can grow anywhere from a few inches to several feet in length throughout its lifetime. Typically, they will grow in a perpendicular direction from the top of the antelope’s head, but occasionally they will curve in the opposite direction.

The antlers of a deer have a much more intricate appearance. They can develop new limbs at a rapid rate throughout the year and can branch off in a variety of directions. These are utilized in conflicts with other deer as well as in defense against various predators. Although it is unlikely that the deer’s antlers will grow to be as long as the antelope’s horns, they are still quite lovely and intricate in appearance.

Antelope maintain their horns throughout the year, while deer typically shed their antlers once a year. Antelopes are the only species to do so. Antelopes have horns that continue to grow throughout their lives, making them increasingly larger each year. On the other hand, a deer’s antlers only grow from the spring through the fall, and then in the winter, when their bodies need to conserve energy, the antlers fall off. Deer start the process of regrowing their antlers in the spring.

Deer vs Antelope: Number of Species

The home range of deer is significantly larger than that of antelope. There are deer all over the world, and except Antarctica, they can be found in some form on every continent besides Antarctica. Antelopes, on the other hand, are only found in certain parts of Africa and Eurasia. Their range is somewhat restricted. There is no evidence of them in either Europe or the Americas.

The pronghorn may look somewhat like an antelope, but contrary to popular belief, this so-called “American antelope” is not a member of the antelope family at all. Antilocapridae is an entirely different family from that of pronghorns, which belong to the family Cervidae. As a result, the Americas are devoid of any true antelope species.

When compared side by side, an antelope and a deer are two very distinct species of animal. Both the horns and antlers that each animal possesses on the top of its head as well as the number of species that belong to the same family, both animals are one of a kind.

It can be difficult to tell them apart when you are at a distance. If you came across two females of the same species or a deer that had recently lost its antlers, it might be difficult for you to identify the particular animal that you were looking at. 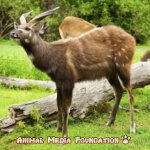 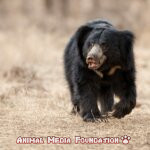