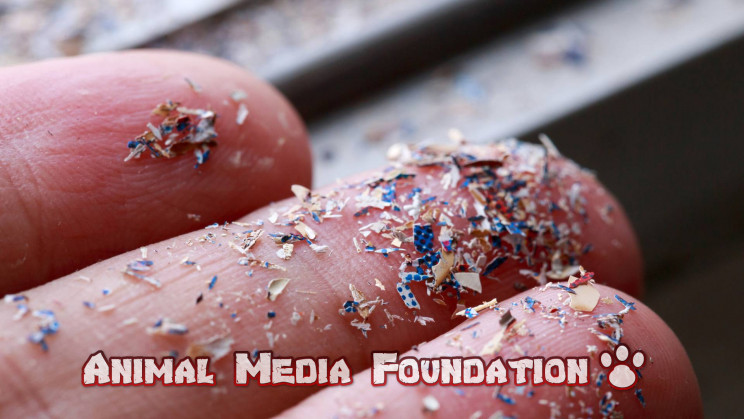 Microplastics found in the meat, milk and blood of farm animals

The rampant diffusion of microplastics, confirmed by a growing number of scientific researches, is raising many doubts about the real impact of these tiny particles on the health of humans, animals and the environment. The latest data communicated by the researchers of the Vrije Universiteit Amsterdam who, after having found the presence of these insoluble polymers in human blood, reported the microplastic contamination in beef and pork, as well as in the milk and blood of cows and pigs raised on Dutch farms.

Scientists, as explained in the pilot study report, which examined various samples from livestock farms and supermarkets in the Netherlands, provided a first indication of the presence of these particles. In three-quarters of the meat and dairy products tested but, above all, in all blood samples analyzed. Microplastics were also detected in each animal pellet feed sample, indicating a potentially important pathway of contamination. The food products tested, on the other hand, were packaged in plastic, which is another possible source of contamination.

The impact of microplastics on human or farm animal health has not yet been fully clarified. Still, researchers fear that these tiny particles could cause damage at the cellular level, as recent studies show in vitro, which indicated effects similar to those induced by air pollution particles, already known to cause millions of early deaths each year.

Microplastics found in the blood of two out of three people: the alarm of scientists

Pending more detailed research, the researchers warn that the presence of particles in the blood indicates that the same can be transported to different body parts and deposited in the organs. “When analyzing blood, the dose absorbed by all the different routes of exposure is discovered: air, water, food, etc. – he has declared to the Guardian Dr Heather Leslie of the Vrije Universiteit Amsterdam and co-author of the new report -. This immediately tells us what is entering the flow of life and should act as a stimulus to further explore the full extent of exposure and all the associated risks.“.

As part of the study, the researchers tested 12 cow blood and 12 pig blood samples detecting microplastics in all 24, including traces of polystyrene polymer used for packaging food and other products and of polyethene, the material from which plastic bags are made. The researchers also evaluated 25 milk samples, including some from the milk sold in supermarkets and contained in farm and manual milking tanks. Of these, as many as 18 samples, including at least one of each type, contained microplastics. On the other hand, concerning the analysis of meat, seven of the eight samples of beef and five of the eight of pork were found to be contaminated.

Maria Westerbos of the Plastic Soup Foundation that commissioned the research said: “With the microplastics present in livestock feed, unsurprisingly, a clear majority of the meat and dairy products tested contained microplastics. We urgently need to rid the world of plastic in feed to protect the health of livestock and humans”“.